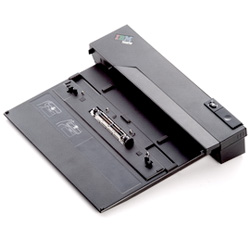 Please be aware that not all Thinkpad models will support DVI output with a Port Replicator. This is stated as "If your ThinkPad computer does not support DVI, you cannot use this connector." in User's guide. Apparently, X and T2* models do not. ThinkPad R52 and ThinkPad T43 models with Intel Graphics Media Accelerator do not. Please add other models if you know about them to not support DVI.