Difference between revisions of "ThinkLight" 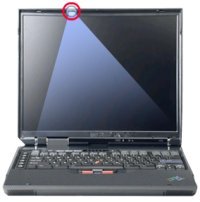 Control via keyboard works on all systems since it's entirely done by the BIOS. Just press Fn-PageUp to toggle its state between on and off.

Control via ACPI is supported by ibm-acpi. After installing it a simple

switches it on and a

switches it off again.

This way you can control it even by scripts. Unfortunately no known Thinkpad so far comes with a light sensor. ;)