This page aims to summarize known information about the locations and properties of thermal sensors on ThinkPad laptops.

The primary means of accessing the thermal sensors is through the ibm-acpi module, which provides up to 11 thermal sensors (some of which may be inactive) when loaded with the experimental=1 option. Up to eight thermal sensors are exposed at /proc/acpi/ibm/thermal:

On some models there are three additional sensors at Embedded Controller offsets 0xC0 to 0xC2, which can be read by parsing /proc/acpi/ibm/ecdump:

The Active Protection System accelerometer also reports a temperature (but it is not certain that the sensor location is inside the HDAPS chip):

Finally, the hard disk temperature can be read through the SMART interface:

The following image, prepared by Shmidoax, summarizes the results of his experiments using cooling spray to cool down components and observe the effect on the sensors. 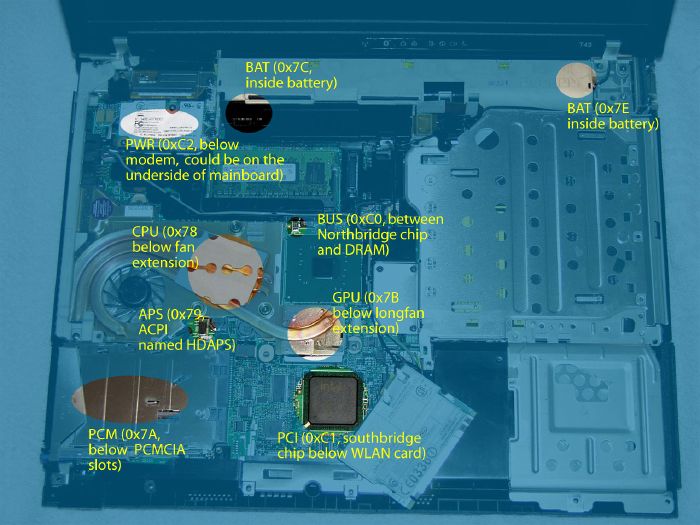