The applications Sysinfo and PowerTOP both say that my CPU is running at 800 MHz. When I first open Sysinfo, it says a number around 2 GHz but it then drops to 800 MHz. Here are screenshots: 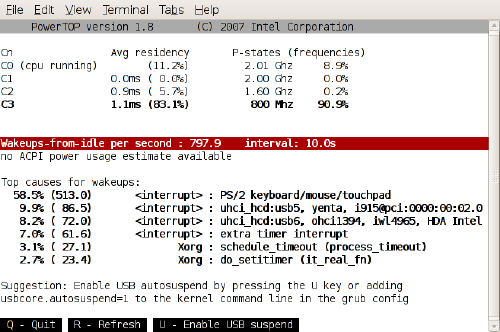 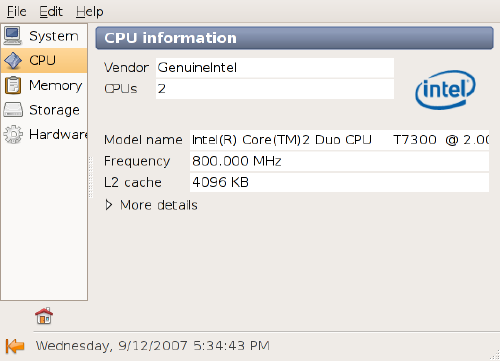 Sysinfo says something about laptop CPU frequency changing (being "dynamic"), but it remains static at 800 MHz.

The T61 lists two options for wireless cards the Atheros card and the Intel 4965. Both have their issues right now, has anyone had any success in using a IPW3945 with this laptop? I tried moving the IPW3945 from my T60 to this laptop and it seems to be missing some of the radio connections and did not work. I eventually want to use my IWL4965 card since the drivers are open however the disconnects every 30-60 minutes are getting insane...

Update to this question: My concern with the Atheros card is the signal level reporting issue that some comments on the madwifi dev list indicate have been fixed. Can anyone with an Atheros card verify that they are seeing the correct signal level? Also I shutdown Network Manager and connected to my AP via wpa_supplicant and ifup and the connection has been stable for almost an hour so maybe the problem isn't the driver? --Darrena 01:57, 11 September 2007 (UTC)