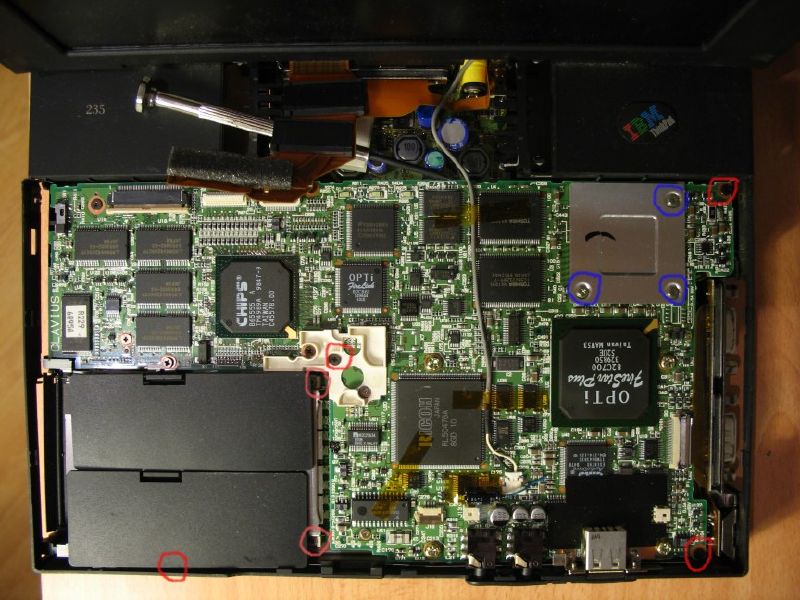 Mainboard of Thinkpad 235 with screws relevant to dismantling circled.

Since there does not seem to be any manual in latin characters for the 235, you may find this useful.

As often the main problem is NOT to remove all screws blindly but only the ones needed, among other to avoid removing bolts and losing nuts inside the case. So read on for details. Also be extremely careful when removing cables, since the plugs on the mainboard are very fragile and easy to break (happened to me).

Remove the keyboard: 2 screws, one on each side of the case.

Remove the plastic part hiding the screen hinge: 2 screws on the back, then unfold the screen at most.

Once the mainboard is detached, removing further (sub-)parts becomes very easy since nothing is hidden anymore.

Click on a date/time to view the file as it appeared at that time.

There are no pages that link to this file.