Difference between revisions of "Ultrabay Slim DVD Multi-Burner Plus"

If connected at boot time, the drive is /dev/hdc.

When playing a region-coded video DVD for the first time using a Linux player, you may get errors such as the following:

This is caused by the DVD driver's region never having been set. Use regionset to set some region and retry. It is important that you choose the correct region code, as you will NOT be able to read any other regions, and you can only change the region 4 times before it becomes permanant.

With older drives you could use libdvdread to bypass a drives region restrictions, but this no longer works with most modern drives, particularly those from Matshita. 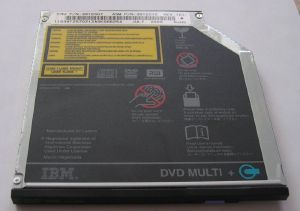 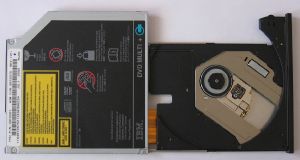